When will domestic testing equipment stand out? 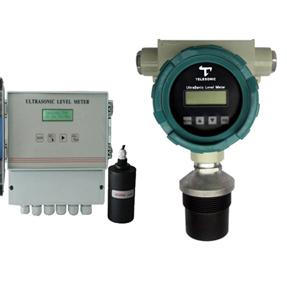 Domestic testing instruments are difficult to solve. "I have been to many laboratories and I have seen many high-end imported instruments idle. Before the Spring Festival, I went to a laboratory of the Academy of Agricultural Sciences. In 2008, I purchased instruments and, by the beginning of 2014, I will not share more than one. 30 times, it's a pity to be idle there.â€ said Xing Zhi, an analysis center of Tsinghua University. â€œThe imported instruments that cost hundreds of thousands or even millions of dollars are often not dared to be demolished and dare to move. When the baby locks in, that."

Imported scientific instruments have long dominated the market. Yu Hongjun, director of the project supervision department of the Ministry of Agriculture's Engineering Construction Service Center, once pointed out that the percentage of imported equipment in the department of quality control and inspection of agricultural products currently accounts for 90% of the total imports of equipment at the ministerial level centers, and 70% of the equipment imported by provincial centers. %, even county-level organizations have more than 50% of imported instruments and equipment, some 300-400 million total investment projects, light purchase of imported equipment and instruments cost more than 2 million, leaving only the money to do experiments Room construction, its laboratory conditions can be imagined.

For a long time, the bidding process of instruments and meters in China has been controversial, and the county-level units have frequently purchased imported products at high prices. Products with high localization, such as pure water meters and centrifuges, have to be imported. Some units are even proud of having imported instruments.

Frozen feet are not cold in a day. The market sales of domestically produced instruments are bleak, resulting from a long period of backwardness. However, on the third day, they should look with admiration. Today's domestic instruments have not been compared.

â€œThe gap between domestic manufacturers and foreign products has narrowed in the past decade, both in terms of price, quality, and performance. All of these are enhancing our confidence.â€ Ouyang Liang told a reporter from Science and Technology Daily, China International Scientific Instruments and Laboratory Equipment Exhibition. In 2006, the Independent Innovation Award was established. Up to now, a total of nine selection activities have been conducted, of which 63 are gold products and 81 are silver products. The winning products all have the characteristics of obvious innovation, high technical level, and great difficulty, reaching or approaching the international level. Level.

"Suzhou Su-test Instrument Co., Ltd. and Suzhou Dongling Vibration Test Instrument Co., Ltd. have developed a large-thrust electric vibration experimental system with a capacity of over 40 tons, which has made great contributions to the development of China's launch vehicle, satellite launch, and manned space flight. The OPA-200 metal in-situ analyzer developed by the company is the world's first rapid analytical instrument capable of quantitatively distributing components and states within a large area of â€‹â€‹metal materials. When it comes to domestically produced instruments, Ouyang Liang is well-known.

However, on the one hand, the imported instruments are purchased at a high price, and they are unwilling to be used after they are bought. On the other hand, the cost-effective domestic instruments cannot be sold, and there is no chance of test verification. The embarrassing situation of domestic testing instruments has existed for quite a long time.

Establishing a third-party platform to provide an authoritative evaluation "Scientists are afraid to waste their money and time." Yuan Jinghe, an associate researcher at the Chinese Academy of Sciences' chemistry institute, once said, "You (homemade instruments) are cheaper, and I don't have the time and energy to evaluate you."

The problems he reflected directly refer to the current situation in which instrument development and application do not match.

The sensitivity, accuracy and stability of a scientific instrument in actual work are all important issues for instrument manufacturers. These data also reflect the extent to which the instrument is accepted by the market.

For users, there is no authoritative technical certification data is an important factor in the dare not buy domestic equipment. Many units do not understand the scope of application of domestic equipment and equipment and are afraid of taking risks. They fear that the technology is not mature, and they prefer to purchase imported instruments at a high price.

â€œIn terms of R&D, design, manufacture, and sales, it is the work that can be done by domestic equipment manufacturers. However, for the verification work, it is an important part of the promotion, application, and use of the instrument. Instrument manufacturers cannot complete it independently.â€ Beijing Entry and Exit Liu Yan, director of the Food Laboratory of the Inspection and Quarantine Bureau's technical center, said, "It is precisely based on this consideration that it is necessary to carry out certification of various experimental parameters for domestically produced instruments in an objective, fair and authoritative domestic instrument verification platform. The promotion and application of instruments and equipment provide powerful and authoritative data, provide users with fair and impartial reference data, and also provide ideas for the performance improvement and upgrading of domestic testing equipment.â€

The Beijing Science and Technology Commission started the construction of the capital science and technology conditions platform in 2009. The person in charge of the Beijing Science and Technology Commission's Finance and Economics Division briefed the reporter of the Science and Technology Daily: â€œIn the past five years, the construction of the Capital Science and Technology Conditions Platform has been combined with the Chinese Academy of Sciences, Peking University, Tsinghua University, and China Communications University and other large-scale enterprises to form 27 R&D experiments. The service base, as well as 12 field centers of biomedicine, new materials, electronic information, energy environment protection, detection and certification, and technology finance, promote the openness and sharing of resources.To date, 615 national and Beijing-level key experiments in the capital area have been promoted. The labs and engineering centers, worth 18.6 billion yuan and 36,400 sets of equipment, were open to the public for sharing, and promoted the transfer and transformation of more than 600 mature scientific research achievements, bringing together high-end talents including academicians of the two institutes and the Yangtze River. More than 8,700 experts have formed a large-scale pattern of equipment, scientific and technological achievements, and R&D service personnel. "The establishment of the Capital Science and Technology Condition Platform has provided important resources for promoting the development of domestic instruments and enhancing the competitiveness of China's scientific instrument industry. support.

it could be sold directly or refined into better quality ones.

it could be widely used for additives

say rubbers for playground,  for car tyres, or shoes etc.

usually there are models with capacities from 1-20tons per hour

The grinding Process of the Main Mill is that the transmission device brings along the Central Shaft to drive. The upper part of the shaft connects with the Quincunx Rack, on the frame is loaded with the roller assembly, and forms a swinging pivot. The central shaft does revolve around the central rotation, at the same time it revolves around the grinding rings, and it self also rotates on account of the grinding effect. The shovel system, in the lower part of rollers, is loaded on the lower part of the Quincunx Rack. In the process of rotating of the shovel and the roller, the material will be fed gasket layer between the rollers and ring. The outside centrifugal force (compression force) yielding in this process will process the material into small powder, thus the desired powder is obtained. 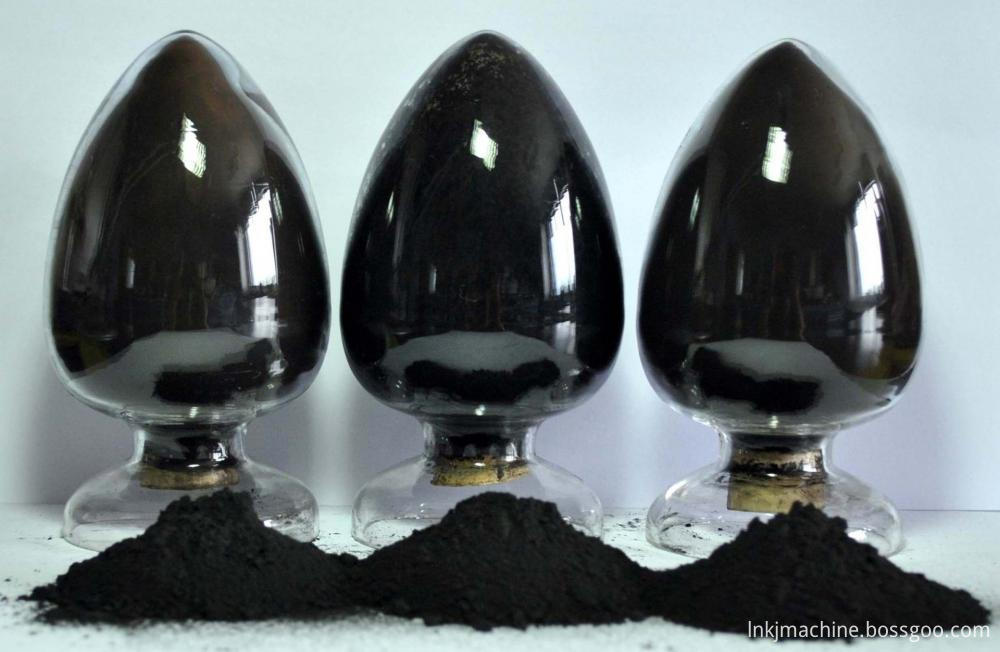 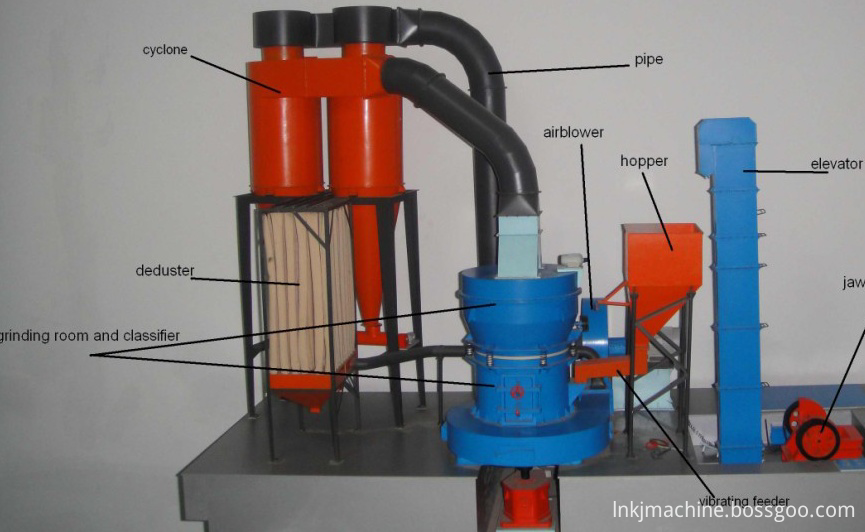